It's a Sister's Thing Swap

I going to wait until I received my package before I posted,  and just combine what I had sent and what I received in one post but unfortunately I think the postie has decided to keep my package for herself!! I know my package has been sent but it has yet to arrive in the post box.

I got to stalk Pauline over in the UK who blogs at phoenixheirlooms.blogspot.com. It was fun stalking someone I had not visited before, but at the same time a bit daunting that 'I would get it right'. Pauline goes caravanning a lot, and also has a new kitchen in her house so I nearly made her a set of placemats but boy am I glad I changed that idea as she has just made herself some.
Instead I made her a wall hanging for her sewing room. I saw she has a love of Kaffe Fassett fabrics so out my stash of these came and here is the result-it was rather windy when I took the picture but it was the best I could do before it went in the post. 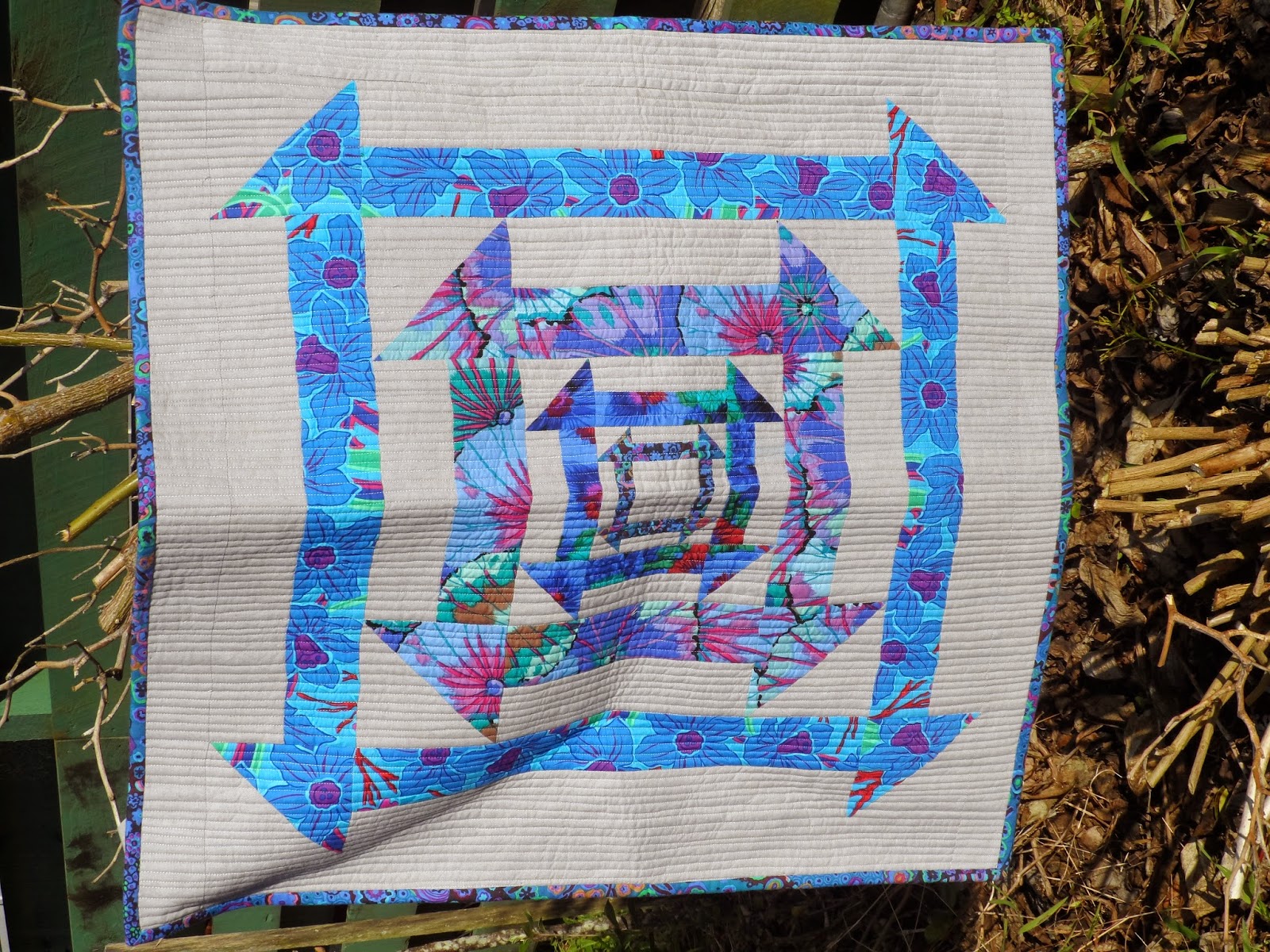 ﻿
It is the Nested Churn Dash pattern and I did straight line quilting on it.

Pauline does a lot of childrens charity quilts so I included a pattern by a New Zealand designer, along with a little pin cushion and of cause chocolate. 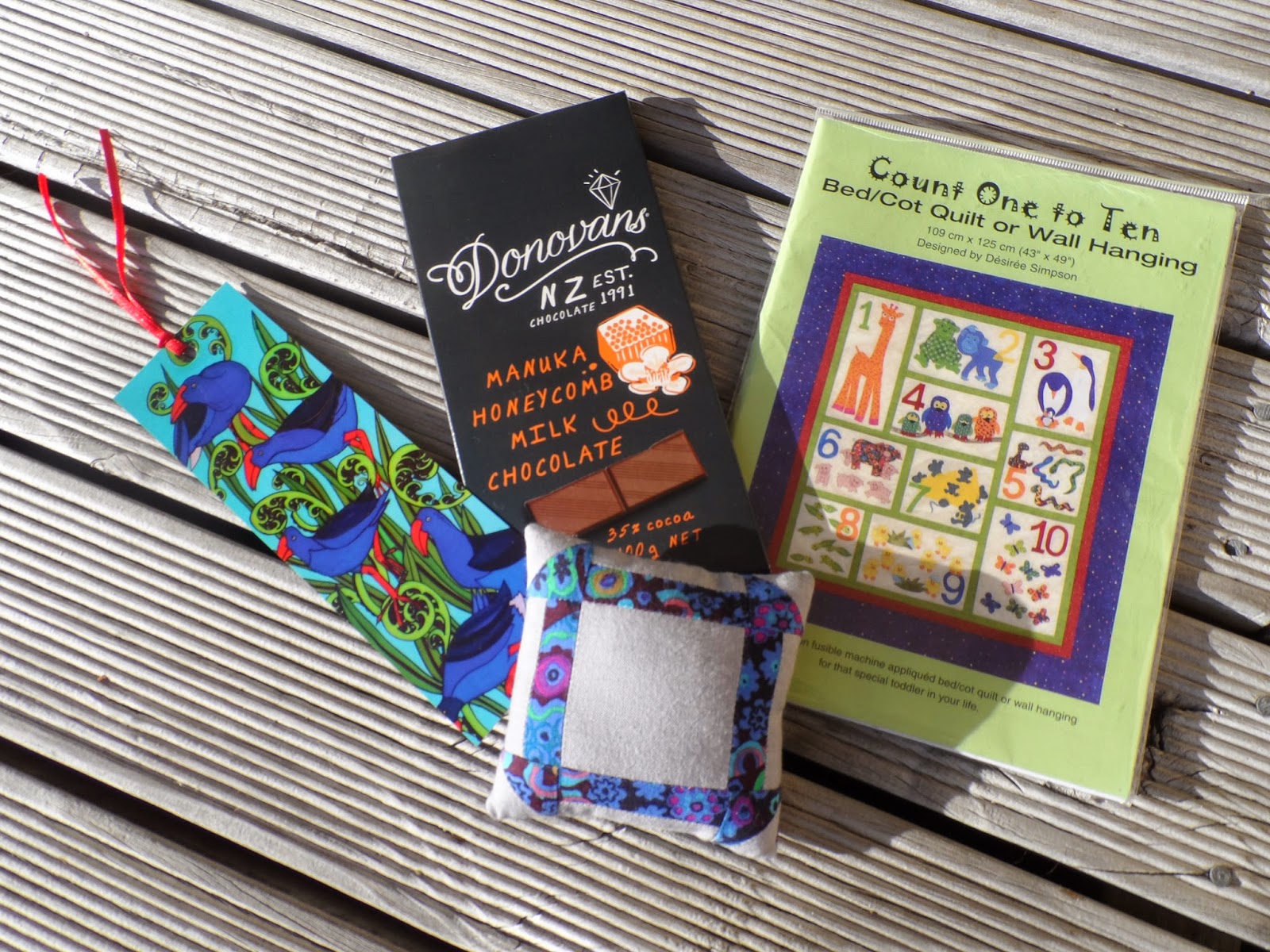 Enjoy Pauline.
Posted by Marlene at 03:43